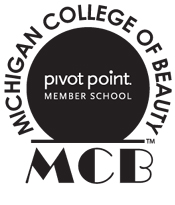 Michigan College of Beauty “MCB” signed and returned to the U.S. Department of Education the Certification and Agreement and the assurance that the institution will use no less than 50 % of the funds under Section 18004(a)(1)of the Cares Act to provide Emergency Financial Aid Grants to students.

MCB has been allocated $348,470.00 to total Grants. MCB received $174,225.00 in Cares Act Grants to be distributed to qualifying students, listed on the schools’ attendance rolls as of the day the school closed due to Covid -19.

To qualify, students needed to have an Institutional Student Information Record with all required verification documentations from the U.S. Department of Education

We received the Cares Act Grants and issued the checks on 7/10/2020. Most of the students were personally handed their checks and after a few days we mailed out at the address on file all checks that had not been handed out.

If you were enrolled at MCB in Troy on March 16 2020 and believe you qualify of a Cares Act Grant check and have not received it send an email to ddagenais@mcbtroy.com​